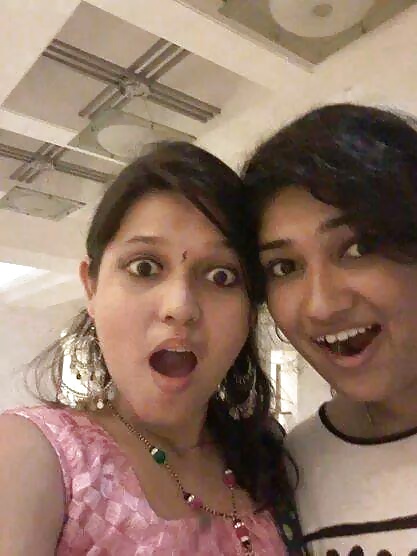 In room ,me and my sister repeated the last night’s act. I wanted to but as she requested I did not push my lund in her choot. She rubbed lund deeper in her cunt. I decided to pluck her virginity next night. She was also very hot and I was sure that she will happily take my lund in her choot deep to her womb. 16th June 2001(Friday) Nothing happened in morning. I went to school and returned in evening. At about six in evening my sisters friend came and she went with her. She said that she will be busy with marriage of her friend so she will return only tomorrow evening. Before leaving sister told me that she will miss me in night but she will compensate everything tomorrow night. Mother closed the door behind her. I was sitted on a chair. She sat on my lap facing me with both her legs on my sides. “ab bete, jara apna mota lund dikhao aur meri choot ki pyas bujhao.Nani ko tumne khub choda hai.Tere lund ki bahut badai kar rahi thi.” She lifted her saree and peticoat above her waist and her choot was on my lund.I pushed her and pulled down my pant and again took her in the lap. But my rod was half limp. SHe took and shook it in her hand.Rubbed lund with petals of her choot and in five minutes my lund was erect fully. “Mota aur lamba hai, choot ko bahut maja ayega..”

She took it and positioned on the entrance of choot. We both given push and lund went in her choot. It was wet and nicely lubricated.I held her ass cheeks and pushed in the choot but there was loud knock on the door and we heard daddy ‘s voice. “sale chhakke ko abhi hi aana tha. Koi baat nahi , aaj Manju nahi hai, mauka nikal kar dam bhar ke chudwaoongi. Aaj tere bbap ko mai apni besharmi dikhati hun.”She stood and pulled her saree and blouse away and went to open the door in nude .Dad came with her and looked amazingly at maa. She said that it is very hot and she was going to take bath. I was inside the room. Nothing happened till we started to bed. I wanted to fuck my mother on bed so I planed a idea.I told “Daddy, as today manju is not there can I sleep with you” Mom stared at me but kept quite. “Dar lagta hai kya” dad spoke. “Yes dad.” And he agreed. I told them that I will come after some study. They went to bed. After half an hour I entered there room. It was a master bed. Both were awake and talking. Dad was in lungi and sandow and maa was only in blouse and petticoat.Since it was hot I wished that she has not wore bra. I lie on between them and took legs of dads .

I said I will massge your legs. For about twenty minutes I pressed and massaged legs of daddy. Then he told me to stop.He also asked us to switch off main light and switch on the night bulb.I did as he said .Dad turned his back to us. I got down between legs of maa and took one of her toe between my lips and sucked them.She tried to pull her legs away but I held them firmly.I sucked both toe one by one till she got relaxed. Dad’s back was still towards us and now he was snoring.I took position near her waist on bed.I started from feet and from there I moved up on her legs.With my hands movement her petticoat also moved and I made her knee and few inch above knee exposed. She was afraid and did not move. I slowly moved hand over her thighs and caressed them softly and slowly and I reached at waist. There I fumbled with clothes of petticoat and I found what I wanted.One hand caressing her pubic area with other hand I pulled lace of petticoat and made it loose. After making petticoat loose I moved my hand directly on her both chuchi and squeezed them softly.she tries to stop but I did not. She was unable to make sound as dad was near her. I pressed those sexy chuchi to my satisfaction and slowly unbuttoned the blouse. She prevented but I removed flaps on side and took bare brest in my mouth. I sucked nipples and meat of breast for some time .

Then I hinted her to turn on her stomach .She turned.I massaged her back and made it exposed by pushing blouse above her back.Finally,I pulled out blouse of her body .Then from behind I fondled her boobs and kissed those silky back and softness of her waist and rising hip mounds. She was not in a position to stop me. Then I pulled petticoat out of her legs and maa was fully nude beside sleeping dad. I undressed and parted her legs. I squeezed her choot .I fingered it thoroughly and when I found that she is wet and ready for chudai, I positioned my lund on the entrance of choot and pushed. Lund slipped in the choot and for first time she cooperated by lifting her hips.Lund went deep in the choot. Since daddy was liying beside us I kept my movement slow and it helped me. I could remain in her choot for longer time. But she was excited. She lifted her legs and placed it on my thighs. I took hold of both thighs but I continued fucking her slowly but forcefully.Then I saw that her hip movement has increased and she is biting her lips.If dad would not have been there she would have screamed. Then she clasped her legs on my back and I also felt a surge of blood flowing to my penis..

Moment after my maa climaxed I discharged in her choot.She clenched me tightly and we relaxed.I slept over her body for some more time.I finally fucked her to my satisfaction, I got down from her body and we remain nude for some time. Then she got up and wore petticoat. When she tried to put on blouse I threw the blouse away.I pulled her long hair in front and with that I covered her breast. I told her to remain like that.I put on pant and holding each other in hands we slept. 17 th June 2001. When I got up in morning no one were on bed. I went out and saw that both were having tea. I pissed and after brushing my teeth sat beside maa. She got up and came back with breakfast for me. She was in petticoat and blouse only and this time she sat opposite to me beside dad. Dad was on chair. I said “daddy ,maa aaj bahut sundar lug rahi hai.” “bete teri maa hai hi bahut khubsurat aur ek first class maal hai.” Maa interfared. “bachhe ke saamne kya unsunt bol rahe ho.” She rebuked. Dad laughed and hid his face behind news paper. My eyes met with maa’s eyes and I signalled her to show me her choot. She shook her head. I looked at dad and took out my penis from pant and made vulgar gesture to her and requested her again. she unbuttoned two top button of her blouse and showed me top of her big round breast. She pulled her legs and positioned again with knee up.

slowly she pulled petticoat up and then I saw the choot in broad day light. dad was busy . I moved little closure to her and stretched my legs.I touched her cunt with my toe. She let it remain for few moments but suddenly she got up and went to kitchen, I wanted to have fun with daddy. “daddy, aapki bibi sachmuch bahut maast maal hai. Aapko iske saath bahut maaja aata hoga.” Daddy asked,”kal raat ko tumne maa ki nangee chuchi nahee dekhee, blouse utaar kar soyee thee.” “Nahee, mai to turat so gaya thaa.” How he knows that I fucked his wife in night in his presence. “theek hai bete, mai kabhee mauka dekhkar usko tere saamne nanga kar dunga aur tum uska upar neeche sub maal dekh lena”. We were talking in slow voice so maa did not heard all these. I was happy that dad wanted me to see choot and choochi of his mastani wife. Now I wanted to fuck my mother with his consent and him being wide awake. Time passed. At ten dad said that he will come back after some time. Maa was in bathroom. She came out wrapped only in towel like last occasion.

Then she told me her story. She was married at age of 18 only and that time she has very small breast. In first night my dad penetrated her choot but he could not break her virginity. He ejaculated immediately on entering tight choot. He tried to pluck her virginity for next ten days but he failed. Then a swamy jee came. The swamy jee used to visit dad’s house every year and used to stay there for one month. Maa said that on very first day in afternoon she saw swami fucking my dad’s mother and her two young daughter together. It was a new experience for 18 year newly married girl whose husband could not enter her choot. She said that swamy’s has big and strong body and his lund was little bigger than mine. She was desperate to take that thick and long lund of swamy in her tight unfucked choot. Opportunity came soon. In night she was told to do service to swamy jee for one hour every night. Swamy jee took her in one room and broke her virginity . He fucked her twice that night and she cried and bleeded but enjoyed the fuck. Swamy then fucked her regularly for one month and after that she became a woman. Swamy wanted her to get fucked with other ladies of house but she liked it alone.This continued for eight year . During this period we brother and sister were born. She said that we are c***dren of swamy and that’s why my lund is also like him.