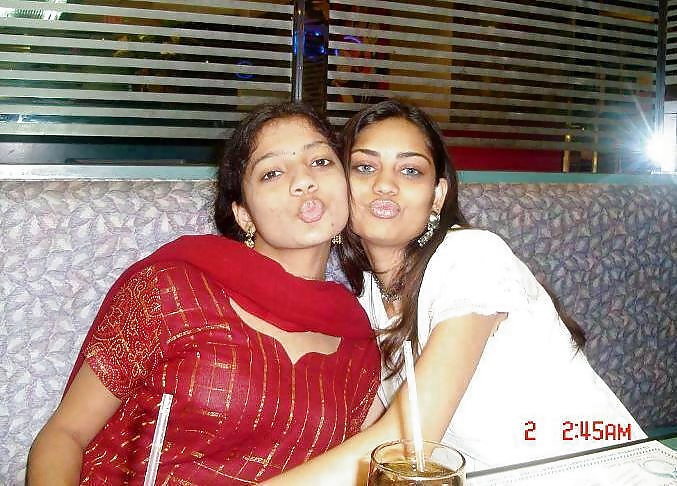 For eight year she kept waiting for arrival of swamy and enjoyed fucking by him for one month every year. Then next year when I was only 4 year swamy came with a young boy of 18 year. That time we had shifted to present house and we were alone. Swamy kept fucking my maa every day and night and this time he fucked her in presence of that young boy . Then one night both swamy and that boy fucked my mother whole night one after another and that night for first time she had been fucked in ass first by swamy and then by that 18 year boy. She enjoyed fucking by both. Next morning swamy told my dad that the boy will stay for one year with us and advised them to take full care of him.He also said that maa should obey and do whatever the boy demands and in night for two two hour maa should be in a separate room with the boy to help him in saadhna. Saadhna was nothing but fucking her in alone. Maa said that for that one year the boy kept her nude when ever dad was not at house and sister was at school. He fucked her day and night for one year and made her ass hole a national highway. After fucking for one year he left .Thereafter maa did not have any other man. And now she is enjoying with me after ten year.

For ten year she remained unfucked. She was fully excited and moving her hips very fast. “”Ohh …bete , maaja aa raha hai, eise hi pelte raho, dus saal ke baad meri choot thandi hui hai.AHHHHHHHH maro apni maa ki maast choot maaro, tera baap ka lund uthta bhi nahee hai, uske samne bhee mujhe chodoge to sala kuchh nahee bolega. ahhhhhhhhh maarte raho, dhkka maarte raho…… mai gayee. maar jawingee.. Mai ab tumse Manju aur tere baap ke saamne chudwaungee….tu swamy se bhee jyada maja de raha hai… mai hee kuchh kartee hun aaaj hee kal se tu mujhe jab chhhaho chodana… Aaaaaaaaaaaaaaaahhhhhhhhhhhhhhhhh ….mai …gayee ….meraaaaaaaaaaaa aaaaaaa ….paaneeeeeeeeeeee ..ahhhhhhhhhhhhh .niiiiiiikaaaal gayaaaaaaaaaaaaaaaaaaaaa. Ah. And she clutched me and became still. I was still on and I increased speed. “bete, dard kar raha hai, nikaal de chooot se, mai panee nikal deti hun. Though I did not want, I pulled out the lund and given in her hand. For some time she kept in her hand and then took it in her sweet mouth.She sucked it nicely.and I discharged in her mouth. She sucked but some liquid came dripping out of her lips. We held together and slept. Then there was knock and maa got up and again tied towel . she opened the door and came back with dad. I had changed to my shorts and banyan and had shifted to my room. Dad did not have any doubt.

He commented to mom that she looks very nice in towel and asked her to remain like that whenever Manju is not there at home She did not reply. I saw time ,it was 12 noon, we had enjoyed for almost two hours.She cooked food and served to us after an hour. We ate sitting on floor as usual. She was very casual in her postures , sitting and movement and many time I saw her choot. After lunch when she was in kitchen daddy asked whether I have seen her choot, I said no. Ok today, I will make you see her nude body. After some time she came to room but she had changed to saree, petticoat and blouse. Dad asked that she was looking nice in towel and signalled me that next time. In evening at about five, dad again went out .Immediately after dad went out mom became nude and came to me . We did not fuck but remained nude and fondled each other .We were enjoying and then again knock on the door .She told me to be ready to see her nude in presence of dad. She went in the room and again she came out wrapped only in towel. This time it was a smaller towel & Towel was hardly covering her hip and top half of her breast were exposed. She brought water and snacks for us and she sat on floor with knee up in air.

Daddy was eyeing at her body. When she looked at me I signalled her to undress. She slowly spread her legs and very slowly lifted towel up the thighs and we saw her choot. “meena,ab bilkul nangi ho ja.” Dad said. She pulled knot of towel and remove it from her body. I was in shocked state at the indecency of daddy. I had already seen and fucked mother’s choot which he did not know.Dad said, “dekh bete,teri maa kya maast maal hai.Itni moti aur gol gol chuchi kabhi nahee dekhoge.Tumne to bachpan me isko bahut dabaya aur iska dudh piya hai lekin isko ayse damane aur masalne me aur maja aata hai. Lekin tum kaise dabaoge. Tum to bete ho aur bete ko maa ki chuchi nahi dabani chahiye. ” By seeing her nude in presence of dad I was very excited and my lund was trying to come out of pant. So I crossed my legs and put my hand over tight lund. But dad was not finished. ” Rani ab jara apni choot bhi dikha do. Pure duniya me tumhari choot se sundar koi cheese nahi hai.Apni tango ko phailao.” She obeyed and spread her legs slowly and slowly.She kept on spreading and spreading. Her both legs were atleast at an angle of 120 degree. It opened her choot fully.

I could see pink material inside choot. I could even see the clit. Now she started behaving indecent. She pushed her head down and pushed herself towards my chair.She pushed herself till her legs touched my chair. She then lifted her legs up and pushed her hip further to my chair. Her legs has reached me. I took hold of both legs in both hands and pulled her . Now her choot was very close to me. I again pulled her and she lifted her hips high,more high and it came to chair level. Dad was watching. “tango ko aur phailao, choot puree khuul jayegi.” I obeyed and spread her legs wide. It was not sufficient for dad. He pulled his chair beside me.He took one leg and pulled away and I pulled other leg other side. Now her legs were very near to 180 degree and choot has opened up fully. We could see big hole inside the choot. It was uncontrollable for me. “daddy , mai choot me hath daloo.” He replied, “She is your Maa and you must not touch her choot.But as you are small , just for one time touch this mastani choot.” I immeditely put my free hand in her choot. I rubbed petals,and pulled the clit.She was trembling and shaking but our hold was strong.

She was unable to close her thighs. I pushed my one finger first but it was too loose then I put two and finally I pushed three fingers together in her wet choot and finger fucked her for about ten minutes.I wanted more and without seeking permission of dad I put my mouth on that wide open choot. She screamed.I licked each and every part of out and inside of choot .I sucked cunt and clit for about 15 minutes and finger fucked also.She kept screaming and finally she moaned loudly and pulled her legs. She climaxed. She kept lying for about ten minutes and then she got up. Dad told her to put on dress but she refused. She remained nude and went to kitchen . For about one hour she moved nude . We were watching TV .dad was on sofa and I was chair. The she came to room all nude.I wanted more of her. “dad maine maa ki choot ka to maja liya lekin abhee tak uskee mastanee chuchee nahee dabayee, Thoda dabaa kar maja le lun.” And without asking his permission I pulled her nude on my lap.She sat on my lap facing me and sat with both her legs on my two sides. Dad looked at me and said “bete aaj mauka hai maa ka pura maaja lelo lekin chodna mut.

He got busy and we started kissing and fondling. I lifted her little up and I pushed my pant down, took out my lund which was in full form she did not wait and took it in her choot. We were sitting very close. We fucked in presence of dad,Our lower part was hiden behind sofa and whenever he was turning back he saw me sucking her chuchi. We fucked slowly and it lingered WE both discharged .She went out.I sat beside dad and thanked him for allowing me to see maast maast mother all nude. He patted me and told me not to tell any one. I wanted more. I wanted to see him my lund going in choot of his wife ,my mother. “daddy, maine maa ko pura nanga dekha bhee aur uska maja bhee liya lekin usne mera lund nahee dekha.Mai ekbar apne lund ko uske chhot me ragrana chahta hun.” I pleaded ,finally he agreed but told me not to fuck her. I put down my pant and my lund was half limp.Maa returned,and I aasked, “maa, chudai kya hoti hai.” She took hold of my lund ,pulled me near. She kept one leg on sofa and then rubbed my lund along her choot. “jab lund choot ke andar jata hai to chudai kahte hai.” She was rubbing my lund on her cunt lips and about one inch of my lund was in her choot.She rubbed it for some time but she was not eager to take it in her choot, though I wanted.She sat on floor and took my lund in her mouth and sucked me in presence of her husband. She sucked and sucked and I again discharged, she opened her mouth wide . My cum fallen on her tongue, some she drank and some she let fall through her mouth.